Japan experiences summer in the middle of the year, June through August, and winter at the end of the year, December through February due to its location in the Northern hemisphere.


Stretching over 1500km north to south there are 6 main climate zones in Japan. Hokkaido, where Niseko is located, is the northernmost zone and has a temperate climate with long, cold winters and cool summers.

Winter – With average January temperatures between -12°C and -4°C, Niseko becomes blanketed in white powder snow. Snow usually starts falling in mid-November and by mid-December international and Japanese guests are beginning to arrive for the start of the snow season. Precipitation is fairly heavy and the islands usually develop deep snow banks in the winter. The season is at a ski-able level until early May.

Spring – Argued by many to be the best season as the weather is warm and the rainy season hasn’t started. The flowers start to bloom and the famous cherry blossoms are a sight to see. Spring also houses Gold Week (end April – early May) where the Japanese pack up and head on vacation for 5-7 days. Niseko is a popular destination as it is still ski-able and some summer activities are commencing.

Summer – The average summer temperature in Hokkaido ranges from 17 to 22 °C and as the island is not normally affected by the rainy season and relentless humidity of the south, summer attracts a vast number of tourists from all over Japan to rent our ski lodges. With summer weather in the mid 20’s activities such as white water rafting, horse riding, adventure mountain-biking and golf are very popular.

Autumn – With the change of the season you can experience a cool chill throughout the months leading up to winter. 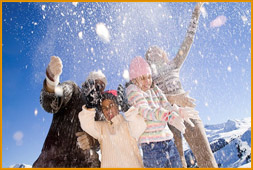 Insurance – Health care provided in Japan is first class. However it can be very expensive for the international travellers.


Medical insurance, which is usually included in travel insurance, is recommended as extreme health issues can cost above $100,000 if evacuation or hospitalisation is required. Please make sure that your travel insurance covers all medicals!
Read MoreBook Now

Medications – The medication may be different in Japan, please don’t forget to bring it with you but you must adhere to the Japanese Customs in doing so.

Warm clothes – Please make sure that you bring warm clothes in winter as temperatures in Niseko can range from 6°C to about -7°C during the months of November to December and as low as -23°C (with wind chill) throughout the rest of the season.


Beanies, gloves, thermal clothes and sock as well as a fleece neck warmer or facemask are essential.
Read MoreBook Now