Keep up to date with what’s going on in an around Niseko with the latest news. 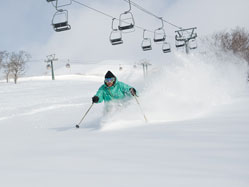 A massive 4 day snow storm dumped around 1m of fresh POW to add to the epic 6m of snow that has already fallen in December. According to Powderlife December was one of the snowiest ever, with only two days with no snowfall.

In response to the continued fall, the peak is now open! Usually not opened until mid-late January, gates 2 and 3 are opened and attracting keen skiers and riders to take on Mt Annupuri. Gate 6 in Moiwa, Gate 4 in Hirafu and Gate 5 in Hanazono are also opened, but changes daily due to weather conditions. Please make sure you check the status of the gates before making your way up there to avoid disappointment. It continues to look like a great season!

New Years Eve celebrations were truly embraced as hundreds gathered around the base of the Kogen course to watch the famous torch run and NYE fireworks.

After a disappointing start to the celebration season with the Christmas Eve fireworks being cancelled due to bad weather conditions, NYE was a hit. Joining in on the festivities was the Japanese Broadcasting Corporation NHK, reporting nationwide. 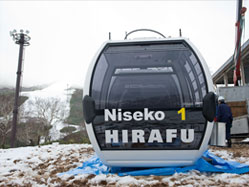 The opening of the 2011-12 ski season will see the new Niseko Hirafu Gondola Centre House revealed. With a 360 ° panoramic view, skiers and boarders will be able to look out for those perfect lines as they ride to the top of the mountain in the new spacious cabins.

With the ability to carry four sets of skis and snowboards you’ll get from the base to the upper station in an improved time of just 5 minutes travelling at 6m/second. Although the locations of the stations are unchanged the Centre House its-self has also gone under renovation. The new ski centre will open just in time to celebrate the Niseko Grand Hirafu 50th Anniversary on the 17th December.

This remarkable new centre piece will provide new facilities including restaurants, bars, a new and improved smoker’s room and a new ski school with rentals. The centre and new gondolas are a welcome upgrade that will definitely be improve one’s day in the snow.

The Return of La Nina 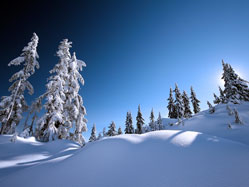 As the waters in the central and eastern Pacific Ocean drop, Japanese weather forecasters predict the return of La Nina this year to hopefully bring about another great snow season.

As last season’s snow fall in January was jotted into the record books with over 115cm recorded, this season could prove to be just as good. Powder Life states that that the remarkable 09/10 season “will be remembered and talked about for many years to come”.

Mountain Watch has recently released a report on the season’s outlook stating that although La Nina might be weak-to-moderate, the snowfall she may produce will still be significant. A prediction of about 8meters was suggested but due to the very complex mechanism that is La Nina, it is still very difficult to accurately forecast. Nonetheless, as the winds bring the cold over the mountain from Siberia you can be assured that you’ll still have a great holiday in Niseko with average or above average snowfall. 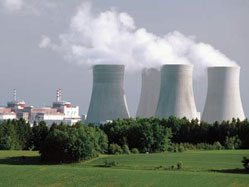 The Hokkaido Government has been recording the amount of caesium -137 levels in agricultural farm land and has concluded that that area has 32.5% less than the world average.

Air radiation is not the only risk to be aware of as radioactive caesium levels also need to be taken into account. Many businesses are also keeping their own records after the earthquake and tsunami to check that the goods they are purchasing are safe. This information reassures us that the agricultural farms in Hokkaido are producing non-harmful foods, reiterating that the produce in Hokkaido restaurants and supermarkets are safe to consume.

Therefore Niseko and surrounding areas have the all clear, so jump online, book your holiday and get set for another amazing snow season. 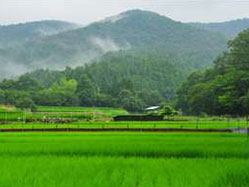 The current radiation levels at Niseko are rating well below that of global averages.

According to data collected by 360niseko.com there is only a low daily dose of Gamma radiation surrounding Niseko. Their September records indicate that only 0.0121mSv was received, which is less than 2% of the radiation you would receive from having a chest x-ray.

The Australian Government has not issued any health warnings for the northern island of Hokkaido as the radiation levels in the area are lower than Australia’s monthly average. However, travel advice is still current for the northern part of Honshu for surrounding areas of Fukushima. A 30km radius of the Fukushima Dai-ichi nuclear plant is still in effect as put into place by the Japanese Government.